Chicago Dueling Pianos & Sluggers World Class Sports Bar and Dueling Pianos present the hottest new interactive musical show in Chicago! Join us for the best party Wrigleyville has to offer! Sing Along! Dance Along! Clap Along! Drink Along!
Our Dueling Piano players take requests and play everything ranging from rock’n’roll, oldies, college fight songs, top 40, and everything inbetween! 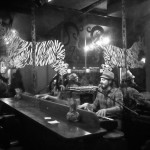 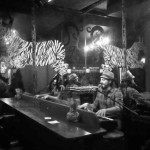 Tommy Sklut is performing as a freelance musician/dueling pianos player and growing his own music education company in Metro Detroit – Middle C, LLC – Making music, together, for everyone.

Join us for a special Dueling Pianos show and Brunch Buffet Sunday. Doors and the buffet start at 12pm. Your reservations can be made by calling (248) 591-9000.